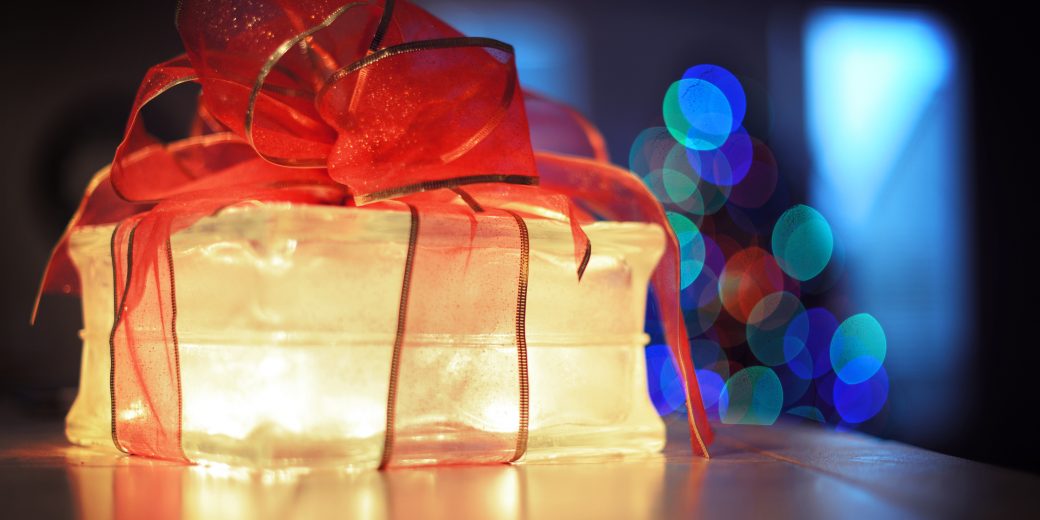 Give the gift you want to give, not the one they want to get.

This is my second Christmas writing on TFA (Here’s a link to last year’s Christmas post) for those unaware Iâ€™m a huge fan of the Christmas season. I know itâ€™s commercialized as hell, but thereâ€™s something about the music, the cold, the snow, the food, the parties, etc that I’m a big fan of.

Especially Christmas day, I love seeing my kid’s eyes light up when they see the presents, my wife getting mad I spent too much money on her but under that scowl is her blushing and a beautiful smile. I love how people come together and if even for a brief moment, life is the way it should be without distraction from this or that.

We give each other our undivided attention and listen instead of waiting for our turn to speak. I aim to make every day like Christmas day (sans presents) but Christmas Eve/Day are truly an amazing time and I hope everyone is able to feel this way in their own heart and mind.

This wonderful holiday season is upon us yet again and a lot of family men will be attending Christmas & New Yearâ€™s Eve parties in the very near future. Managing kids, time between families, and the emotional state ofÂ your ownÂ family can become quite stressful,Â for those who donâ€™t have a plan.

I have found the combination of two quotes to be the perfect blend of what goes on when preparing forÂ the “joy” of takingÂ your wife and kids from place to place with hundreds of variables requiring your attention:

These two quotes are at complete odds with one another, yet they perfectly capture what itâ€™s like to lead a family during the holidays, on vacations, and when attending events such as a weddings, birthday parties, etc.

As the Family Alpha, youâ€™ve got to have a plan while being aware that your plan is completely fluid & must be adapted to the moment to moment situations & scenarios youâ€™ll face.

There’s going to be people who’ve drank too much, people who pry and ask too many questions, people who give the kids candy when you told them not to, kids who will do what kids do yet it’s amplified in your mind as you’re trying to keep everyone on their best behavior, etc.

Can you do me aÂ favor?

Life’s good man, you’ve got your wife and your kids, itâ€™s Christmas Eve, it’s go time; so have fun with it, relax, and immerse in the moments.

Your family needs you to lead them through the Holiday chaos.

Start by getting everyone on the same page.Â Hey guys, we’re going to go to X, then to Y, then to Z. Do you know what that requires?Â

Get a response from them, ensure they’re aware of what is going to be required. They aren’t fully going to follow through, but at least they’ll have some sort of framework built in their head as to what’s expected, much better than winging it.

Also, if your wife is onboard with your plan, let her know what obtaclesÂ you expect to face.

Most importantly, remember toÂ let your wife know what yourÂ end goalÂ is.

Example:Â I’m going to have dinner with family. I’ve made it clear that before the dinner, I don’t give a fuck what we do or where we go so long as we have what we’re bringing food-wise ready and have everyone dressed on time.

My end goalÂ is to be home at a reasonable time (Between 7-8) as my brother in law is coming over and it is a tradition that him and I set the gifts out, drink, and just hang out until we pass out or the sun comes up. My wife hangs with us but she’s always the first one to knock out and I’ll either wrap her up with a blanket on the couch and party around her or tuck her into bed.

Letting her know my end goalÂ makes my wife aware that we are not playing games, drinking too much, or doing anything after the dinner. This will help me as she will start gathering the kids while I start the good byes, we’ll be out the door on time together, no issues.

Tell your wife what it is you want from the party you’re going to. Do you want to mingle with everyone or just do touch and goes then get out?

You can’t get upset at your wife for talking too much, ignoring you, or not following your game plan if you haven’t madeÂ yourÂ vision theÂ family’sÂ vision.

If you are dividing time between families, recognize that you guys may not have the same desires, try to accommodate everyone as best you can, but if your wife wants to have dinner at X and you want to have dinner at Y either split up and go where you want or don’t go to either and find a third option. Neither of you can force the other to go anywhere, if you do they’ll just pout and ruin your time at the place you wanted to go, destroying the entire point of being there.

It’s ok to do things without one another, in my family we wouldn’t as we stick together but for some, just do your own thing. My wife and I are touch and go people, we visit, say hello, small talk, and then roll out.

Donâ€™t expect some amazing gift either, just enjoy the time and company with your friends and family.

Make 2017 the year you discover and display the genuine self you keep inside.

1. The best way to make it to midnight on New Yearâ€™s is to get some quality rest on the nights leading up to it.

The way I do this is to continue lifting during the whole Christmas excitement. Youâ€™ll want to play with your new things, youâ€™ll be excited from all of the goings on, and youâ€™ll be mentally feeding off the energy of the season. The best way to combat that, for me at least, is to physically drain myself to true exhaustion. Deadlifts, Squats, Bench, etc. IÂ  kill it, I go to bed because I physicallyÂ have to.

The quality of sleep I get is great.

The day of New Yearâ€™s Eve I donâ€™t lift and I donâ€™t eat many carbs as I donâ€™t want to crash.

Solid sleep the nights before prepares me with the ability to go the distance the night of the “big show”.

2. Save the caffeine until right before you need it. Pounding coffee all day wonâ€™t give you energy to midnight, it will give you the shits. Have a cup of coffee an hour after dinner.

They always end up wrecked with an upset stomach, acting like an annoying hyperactive spaz, or if theyâ€™ve been boozing then they’re justÂ doing stupid shit faster.

If you can, lay off the caffeine from the 26 to the 30th, then the night of the 31st have a cup of coffee, it should do the trick.

3. Chill with the booze.Â How many â€˜Countdownsâ€™ have you missed because you were blacked out drunk or passed out?

I turn 30 in February, so maybe Iâ€™m getting old. But, drinking isnâ€™t as cool as it used to be. Iâ€™ve missed a lot of shit because I was either blacked out and donâ€™t remember or I fell asleep from drinking too much.

I still drink, but not like I used to because I realized, drunk does not equal fun. I used to think more booze meant more smiles, thatâ€™s not the case and to be honest, itâ€™s not very masculine.

Authentic men know their limit and they donâ€™t cross it as they donâ€™t ever want to lose composureÂ and come across as sloppy. Thatâ€™s one of the worst things you can be, that sloppy guy who slurs, spills shit, has swings of emotions, etc.

Be a man, limit your intake and set a slow pace throughout the night. Make it to midnight as the man walking among boys. While the rest fall out, show that you can go the distance, be the one who is still able to kiss his girl into the New Year.

4. Kids. They need a parent to not forget they exist just because a party is going on.

My kids are 7 & 4, theyâ€™re going to be bouncing off the wall with the energy of the environment. What my wife and I have done is limit the desserts people funnel them (knock that shit off, food does not equal love) and ensure that they are drinking more water than juice throughout the night. Hydrated kids who arenâ€™t filled with sugar and processed crap will fall asleep with relative ease.

Tuck them somewhere quiet yet accessible so you can hear if they get up, if youâ€™re at a party or hotel or wherever that isnâ€™t home, waking up in a new place can be scary.

After the ball drops and you kiss your woman, go in and kiss your babies. You donâ€™t have to wake them, but donâ€™t forget about them. Itâ€™s just a digit on a calendar which changes, but thereâ€™s something special about knowing you started the year with a kiss.

Iâ€™ve kissed my wife and kids into the New Year for as long as I can remember, give yourself that Polaroid.

5. Recognize you might be cranky the next day. People staying up past their bed time drinking, dancing, singing, etc. That is a great night, itâ€™s not always a great morning.

When you do your morning negative visualizations, remind yourself that youâ€™re going to run into some overtired people and you too may be a little more irritable than usual.

Just like when your wife is PMSâ€™ing, youâ€™ve got to cater your approach to everyone. Thereâ€™s no need to start 2017 with everyone going after each otherâ€™s throats.

Be the leader of your family, keep everyone cool and at a 2 (3 tops). You see someone rising to level 10, shut it down with a reminder of how awesome the night was and divert their attention away from the annoyance.

Keep all of this in mind and youâ€™ll start the New Year out right.