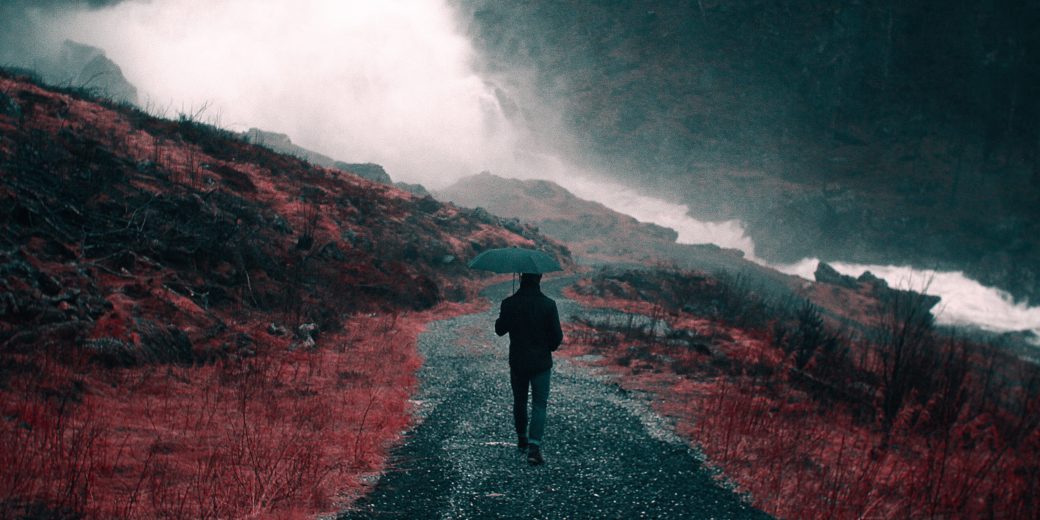 Whatâ€™s Expected of a Man?

Life isn’t about hiding from storms, it’s about learning to dance in the rain.

Some guys come toÂ The Family AlphaÂ much like those who come to their New Yearâ€™s resolutions. They are pumped, motivated, and ready to go then when they realize what is required of them, they quit. TheÂ idea of reading, applying, improving fashion or being in charge of your life is awesome, theÂ application?Â Not quite as glamorous.

But then again,Â what did they expect?

People donâ€™t accidentally become fitness models, body builders, or professional football players. Have you read the stories of the most famous and affluent authors?

They didnâ€™t just come across their breakout book, it wasnâ€™tÂ givenÂ to them. The same can be said of that guy with sub 10% body fat and the dad who has a few kids, a wife, and still maintains a great sex life.

Big results come from making big decisions, exercising some major self-discipline, and refusing to accept mediocrity by breaking the out of the mold that your friends and family are trying to keep you in.

So to answer the question of, Whatâ€™s Expected of the Masculine Man we need to look at what makes a man, a Man.

Men lead, itâ€™s the way it is, the way it was, and (hopefully) the way it will continue to be. I learned to lead while serving in the Navy and it has become a personal obsession of mine. Iâ€™ve read the books, held the deep drunken discussions with some living war heroes, and researched the psychology and theory behind what makes a â€˜goodâ€™ leader.

A lot of guys will look at this and scoff, saying that leaders are all about the glory, attention, and control. To a degree, they are correct; what Iâ€™m telling you is that men lead, the guys who laugh at the leader are the same guys who are watching others take charge, take initiative, and provide direction to a group of individuals.

All of the authentic menÂ I had the pleasure to serve with or work with since leaving the service exhibited the same behavioral trait:

They all were trying to take the job of the person above them. They did not undermine the boss, nor did they play â€˜politicsâ€™ to sneak their way in. No, what they did was aim to outperform the boss. They would do their job better than their peers, then they would insert themselves into the meetings, they would pick their bosses brain on how to do the â€˜bossâ€™s jobâ€™ and they would grind day and night until the position became available and the company had no other choice but to pick them as it was clear nobody could do that job better than the person whoâ€™d been gunning for it for however long.

The reason I brought that quick example up is because it sets up the role of leadership and the attributes ofÂ  men at work. The guys who excel often do so by making the people around them better, yet remaining the â€˜bestâ€™. Like a rising tide, these naturals lift all boats with their leadership.

They do not push others down and stand on their shoulders to rise above, no, these men raise everyone and follow the mantra of Iron sharpens Iron. These men help educate, train, and assist their peers. While doing so they continually improve themselves and their own abilities.

Quick anecdote from the Navy: While guys slept I would stay up and get qualifications, while they played Halo I would read technical manuals, when they left early I would consistently volunteer to stay later to fix whatever needed to be fixed.

I didnâ€™t do this for any other reason than it needed to be done and I always asked them if they wanted to join me.

When guys went home I didnâ€™t get upset, I just viewed them to be weaker than I was, unwilling to put the mission ahead of their immediate pleasures. This resulted in me advancing faster, assuming positions usually held for higher ranking individuals, and being given the opportunity to pursue other goals as I had already achieved the ones everyone else was currently working on.

I had asked guys to stay late, to stay awake, and to work instead of play. It wasnâ€™t until I had blown them out of the water in both rank and position that they took notice and then it was a game of â€˜catch upâ€™ but I was too far ahead and never relaxed.

Leadership applies to any relationship whether it be family or a love interest. The onus is on you, as a masculine man, to assume the role you were biologically programmed to fill. For thousands of years it was the men who hunted, brought home food, decided where to live, and protected their clan.

The men who did this well lived to pass on their seed, the other guys, they died. You are the result of some bad ass men who decided to fight, lead, and live; now, itâ€™s your turn.

She wants a man who can make a decision. If she is asking you something, she wants you to be able to provide the answer for her. She needs to know that you can make life your bitch and that you give enough of a shit to take her where you want to go and more importantly that you have some sort of vision as to where you actually want to go and do with your life.

My wife turns to me asking questions about the kids, finances, jobs, etc. all things that come up in life, my wife is turning to me for guidance; she is my woman and I am her man. The same can be said for your LTR, girlfriend, or plate. You have to be the man who exudes limitless self-confidence and can make leadership decisions in the short and long term. You cannot blame the failure of those you lead on anyone but yourself, their failure is the result of your poor leadership abilities.

As men we’re the more romantic of the sexes.

Mainstream media, feminists, and the female imperative will argue this, but is undoubtedly true. Itâ€™s one of the biggest misconceptions out there and unfortunately, many men are repressing their true nature in order to fit into what theyâ€™ve been told they “should be”.

Stop repressing your powerful feelings and start expressing them.

Iâ€™m not saying, â€˜share your feelingsâ€™ in the same manner everyone else is, I’m saying it as a man and what I mean is stop saying you donâ€™t care where you eat when you do.

Stop saying you are fine with sex once a month when youâ€™re notÂ and stop rolling over and accepting mediocrity when you know you can achieve so much more.

That is what is expected of the man and that is what he does, he controls the emotions and uses them for improvement. Donâ€™t be afraid to upset your wife, by playing along and not making waves you are simply writing a covert contract.

You cannot reclaim or maintain your masculinity until you accept that you may not be doing your best or giving it your all. Are you really trying your hardest at work, your hobby, or leading your family? It is not until you see reality for what it truly is that you can begin the process of owningÂ your position and life.

All of the failures you have experienced up to this point are your fault. All of the successes and high points, they are also because of you. Too often guys rationalize away their mediocre performance. What most fail to see is that while you are the problem, you are also the solution.

You have to Own It.

The onlyÂ  decision you have is to take all of that pent up history, ball it up, and absorb every bit of it into who you are. Yes youâ€™re poor, fat, and weak, whatever.

You need to own it and work on fixing it as you cannot change anything up to this exact point in time; you can change what you do the moment you finish reading this post.

You can close the computer, put the phone away, or turn off the tablet and find a pen and paper, write down your failures, then you can write three ways you are going to own them.

You have a choice coming up in the next few minutes. Are you weak or are you strong?

Men living authentically and working to embrace their masculinity do not reward failure. If someone is not pulling their weight and bringing value into your life, then it is on you to remove them. If this is your wife, then you need to lead her to improvement or if she refuses, you need to make the decision to cut it off.

The same goes for friends, family, acquaintances, everyone.

If anyone in my life is not reaching the standard I have set for myself and others, then I will attempt to â€˜fixâ€™ them or guide them to a lifestyle or person who can help them. If they refuse to improve or are content with their mediocre existence, then I just cut the cord. I would rather have 3 friends who are badass that make me try harder in my own life than having 300 friends who are weak slugs.

There is no need to keep those who leach off you in your life. Someone failed to live up to your standard, you counseled them, and they did it again?

If you choose to accept it, then you are rewarding their failure with your time and attention.

Remember, as a man your greatest assets are your Time & Attention.

Give it to those who deserve it and remember you need to find the Lions and run with them, cut out the weak and helpless itâ€™s not your job to play hero and save someone who is unwilling to save themselves.

Embrace reality and reclaim your masculinity.

Walking this path will put you into conflict with many of your friends and family. When you start to think that it is the wrong path, I want you to remember this.

You walk this path alone and you own it. Donâ€™t expect support, you must do it on your own itâ€™s a part of the process. Now, do you want the most from life or do you want to keep those around you comfortable, at the expense of being who you were born to be?

â€œAs men we need to be comfortable and find enjoyment in being outnumbered, outgunned, and notÂ reallyÂ fitting in with everyone else. You see, it isnâ€™t meeting others expectations or fitting the mold ofÂ anotherÂ person that makes you a man. Being a man means you are walking your own path alone. You need to be comfortable with this fact; it’s a major aspect to developing your authentic sense of self.â€

As aman you will be judged on what it is you do, not what you say.