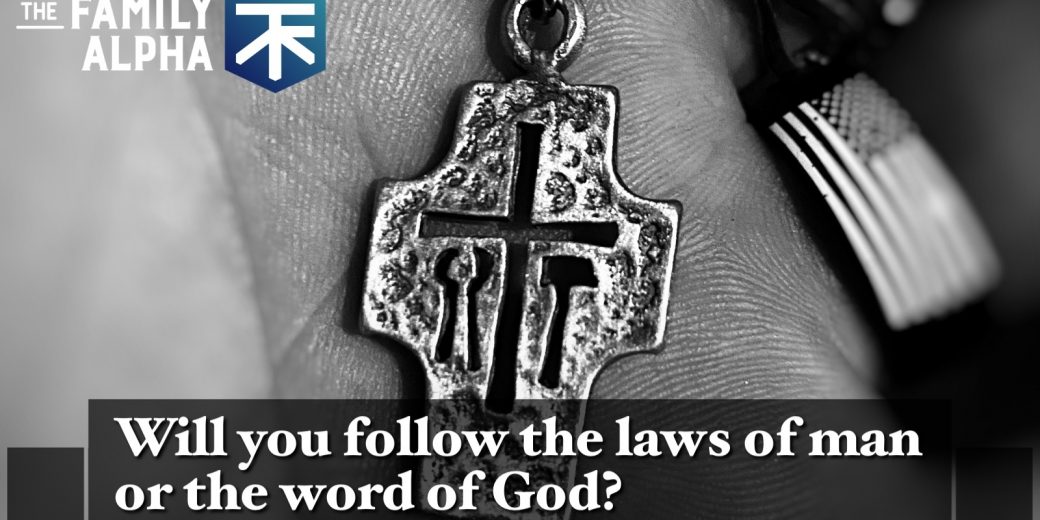 Today’s Revolutionaries Can Be Found in Church Pews & Squat Racks

If there ever were a time for us to choose to embody the principles set forth by the founding fathers, it’s now.

We need to act like the citizens those great men were thinking of when they fought for a country that set the standard to what “free” means, most notably that of:

Now is the time to fully execute our commitment to living sovereign lives as now is the time where our government is making the greatest push to control and remove any dissidents.

Itâ€™s clear that a strong body and soul are detrimental to their plan.

The Revolutionaries are in the Church Pews & Squat Racks now.

Their mistake was that they went after the sleeping giants.

Nobody wants to be left alone more than people working out and people praying; yet it was the Gyms and Churches who were called out, by name, to be shut-down for the harm they presented to their communities.

These people wanted to be left alone, they were pulled into this national (global) war that is being waged and now, many have chosen to fight.

Those who used to pray within these now closed temples, whether it be to God or the Iron, when your faith is tested and you must decide whether to push forward or pull back, know that you are what stands between success and failure; our only hope is to be found in the fit and faithful.

You know who refuses to bow-down without question?

People who put their faith and answer only to god as well as people who are physically strong and carry a strong sense of personal responsibility and freedom.

Gyms Have to Be Fine Being Fined

You’ve likely heard the story of Atilis Gym, the gym which has been fined over $1.2 million for defying COVID-19 lockdown orders.

You likely didn’t hear how the State seized $165k of the gym‘s Assets.

The government is coming directly after those who are choosing to exercise their right to remain healthy and free.

Americans are being told they cannot go to their place of physical worship and thus are being denied their daily sacrifice of personal pain to the Iron Gods.

This order may seem contradictory to what’s best for Americans since according to the CDC, being overweight puts you at severe risk of illness from COVID-19 which may lead to hospitalization, admission to the ICU, intubation or mechanical ventilation, or death.

If we’re trying to save people or protect them, we should be encouraging maximum gym attendance and outdoor exercise as possible, not house arrest style mandates and fitness facility closures.

People who take responsibility for their physical fitness are people who care about their body more than the average person. They are the least likely of any population to put themselves in any compromised position when it comes to infection.

Yet, these committed patrons who are exercising and eating right find themselves at the receiving end of fines and harassment which has given birth to a wave of hard-bodied revolutionaries.

Attending gym sessions in private, creating home gyms open to a select few, there’s underground networks of fit and able Americans who are choosing to buck the system by getting even more jacked than before.

Taking a stand and sticking it to the man these days means getting abs and open carrying your barbell.

Healthy adults have no place in the discussion for at risk or “super spreaders” yet they are because the Government knows that these are the exact people who are going to give them the hardest time, gym go’ers are free and if you take their building they’ll worship in the forest, parks, or wherever else they can push their bodies.

Listen to Phil Foster on the Family Alpha Podcast talk about why you need to get your hormones checked.

COVID, regardless of the strains should not be causing anyone to lose their gains.

The Faithful Are Paying More Than Their Tithe

The Church has been in the Crosshairs since COVID entered the arena and I’m pleased to see those who’ve pushed back in every way they can.

For some, that has been direct confrontation which has led to arrests.

For others, it has been tactful and strategic, those in this realm, I see you, respect you, and wish you continued success.

As I stated earlier, the Church has caught flak for some of the pivots away from traditional teachings in an attempt to align with modern day trends; primarily in my view, the issue with the faith in many a man’s eyes has been the stance against what appears to be “all things masculine“.

Fortunately, there are those who’ve remained true to the word of god and are not allowing the faith to be weaponized for political points or mass adoption.

I also thank them on behalf of all those who had a lot to say when it was sunshine and rainbows, yet when dark clouds rolled in and the announcements of Quarantine! Isolate! Shutdown! came blasting out, these strong men were at the ready.

The talk of “Toxic-Masculinity” has all but disappeared now that focused and mentally, physically, and spiritually capable men are once again needed…funny, isn’t it?

It doesn’t matter whether the hill you’ve chosen to die on is Religion or Bro-Science, all that matters is that you are choosing to take a stand against the orders to submit and subvert your authority to tyranny.

The gym and Church are places to gather, but the building is irrelevant as all that matters is the fire within the souls of those choosing to come together.

You’ve been training your mind, body, and spirit for years and now, it’s game time. We aren’t practicing any longer, all the reps you’ve put in have been for this moment, for the time where your faith was told it must conform or be forced to end.

We need the fit and faithful to stand strong and united; the jacked and swoley with the committed and holy are the last hope we have at rallying enough support to overwhelm the tyrannical COVID mandates.