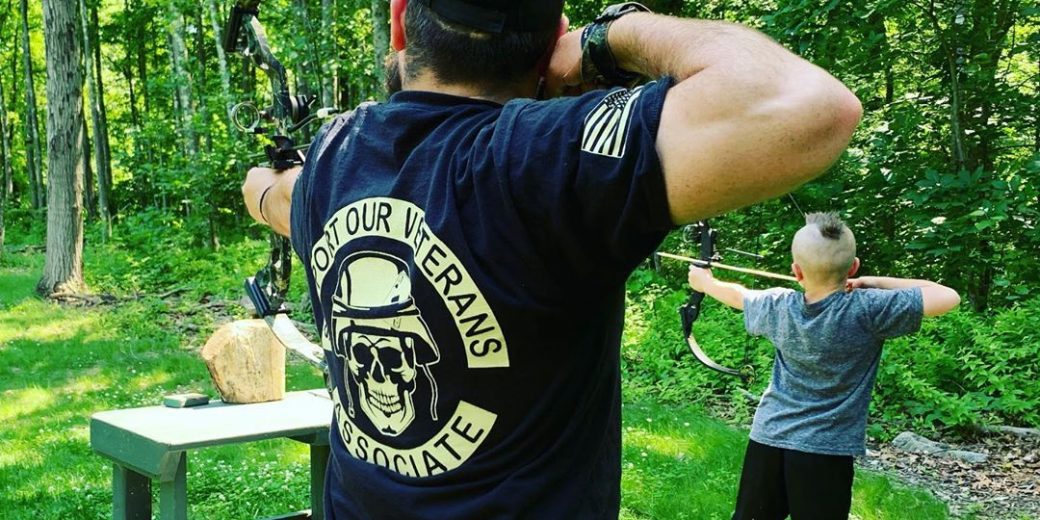 The Burden of Family

Having a healthy family requires time and energy to be invested in both your spouse as well as the children you’ve created. It’s true that often times their development and needs come before your desires.

I’ve found a way to build a personal brand, start a private community, and grow my side hustle into my full time job all while leading a wife and two children; you can do the same.

Does having a family hold you back?

Nick Kelly (Victor Pride) released a Podcast in which he answers the question, “Will you ever get married or have kids?“

He says (paraphrased), â€œno, not now, possibly not ever.â€

He then goes on to discuss how he puts work before all else and all of the married men & fathers he knows have lost their fire.

When I heard this I nodded in agreement as having a family does reduce a manâ€™s output.

I let the thought go and listened to the rest of the audio clip which conveniently ended right before I finished my commute from work (I was still working the 9-5 then).

My mind didnâ€™t come back to this topic until I was laying down on my bed with both of my kids, one at each side.

I had intended to work on editing my next book, but both my son and daughter came up to me right before I was going to put them down for a nap (we had a late party to attend that night) and they asked if we could have a â€˜family napâ€™.

(think Willy Wonkaâ€™s grandparents, everyone in one bed)

My immediate instinct was to say “No” as I had edits to do, but I thought of all the other times where Iâ€™ve said No the past 2 weeks because I was studying for finals, knocking out assignments, writing posts, etc.

While lying there I thought of Nick Kelly’s point on work.

I was also thinking of how there is nowhere in the world Iâ€™d rather be than laying on that bed with both of their little heads on my chest listening to them lightly snoring, in rhythm.

I caught myself thinking of this then that and intentionally forced myself to immerse in the now. Hearing their snores, their soft hair, the warmth from their little bodies, my mind was warmed by the comfort & joy that comes from knowing your kids still need you.

I wonâ€™t have these moments for much longer and that’s a sobering thought. My son is becoming a man, more and more independent with each passing day.

Same with my daughter, I find her asking for help less and less with the passing months.

Your duty is to lead your family as well as yourself

I chose this life; I intentionally chose the grind of fatherhood knowing that by doing so, Iâ€™d become a less productive individual with regard to my own pursuits.

Thatâ€™s the entire point though; their development, upbringing, and life experiences have become a part of my work as a man.

This is an aspect of fatherhood & marriage that is lost on many men.

They view their wife and kids as a burden, they think they would be better off if only they were single.

This is a flawed mentality and it is where the FAMILY aspect of being a Family Alpha comes into play.

Some men view them with envy, wishing “if only I weren’t married with kids” as if their failure to perform has to do with their life status.

Married men and fathers, look upon your wife & kid(s) as fuel, not as an anchor.

Recognize that your life situation is different than that of all the single men out there you are comparing yourself to. Those men can travel in a moments notice while you are raising the next generation who will raise the standard of masculinity and femininity in our society.

Most of the work done by the Family Alpha’s out there is done in silence.

We are the silent professionals, literally; most family men are writing their books and on their blogs when the family has gone to sleep.

They’re building their empire in between activities with the kids or breaks during home repairs.

We are the men who have to wake up earlier to get time alone and stay up later to get edits done. We make time to lift, read, and write while also leading a wife, educating our children, and ensuring the entire clan is truly living, getting the most of their days, and Hanging Polaroids.

How to make yourself a priority

We not only have to maintain our own standard but we must also maintain the standard of those whom we lead.

Masculine men walk their path alone, stop looking at other men and comparing your life to their’s, because they aren’t looking over at you. That’s no different than the women who are getting pissed because another girl got more likes on her profile photo than she did.

Men invest their time in improving themselves and putting in work, so stop wasting time with the envy or playing the ‘if only‘ game.

Single vs married vs parent makes no difference as it’s only the man who makes himself a priority that will experience any success.

Your relationship status isn’t holding you back, your inability to put in the work and put yourself first is.

You’ve got work to do; married or a parent it makes no difference, you need to set the bar from which excellence will be measured. Take what you’ve got and make it the greatest it can be. Your wife and kid, they’re a part of your work as a man so invest the time to lead them and don’t think for a second they are an acceptable excuse for your failure to perform; they’re a part of your performance.

They are now extensions of you and are equally important in regards to development and caring for as you would your ‘self’.

Look, you may not produce as much as you’d like, that’s fine as it shows you have hunger.

Don’t let it get you down, instead let it be the fuel which causes you to rise to new heights. Family men are forced to be better with regards to time management. If you aren’t hitting your personal goal of productivity, take a look at how your normal day plays out and find the “Time Vampires” then remove them.

Sacrificing sleep may be necessary, just ensure you’re doing all of this for you and not because you feel you need to keep up with other men.

Do your thing and everything will be alright; never accept mediocrity, refuse to reward failure, and do not allow yourself to be come complacent.

Be objectively honest with yourself when you ask the question, “Am I really doing the best I can?”