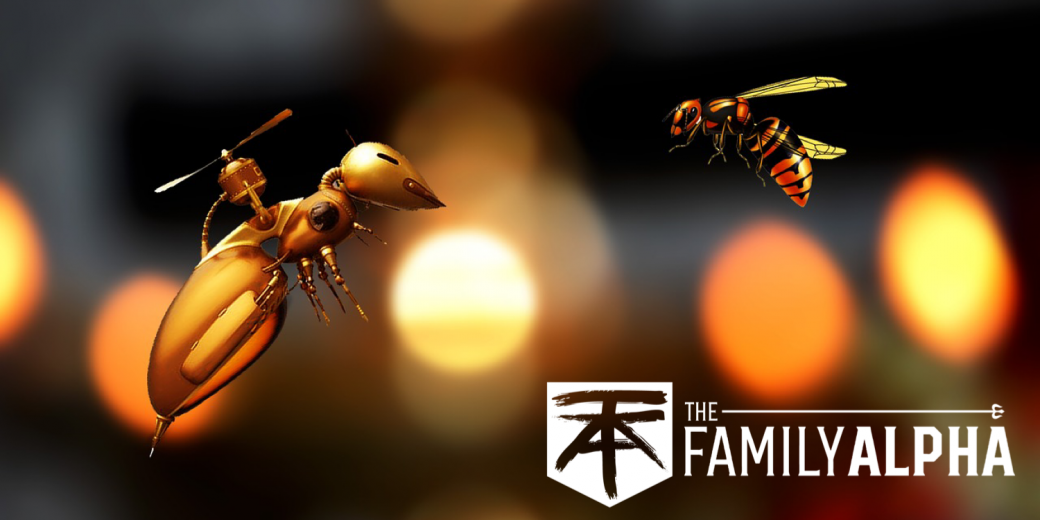 The way our parents were raised is not the we should be raising our children.

They trusted the government to take care of them, are we so sure that’s the case today?

The world has changed and we must do so as well.

If we want to maintain our freedoms & live as sovereign individuals, we need to stop stifling the rebellious nature of our children.

Why we need to defend personal freedom

Super Hoorah Gun photo aside, there’s some truth to the notion that the common man can fight back against the â€œpowerful rulersâ€.

This truth only holds weight if the common civilian has the mindset of freedom first and that’s something I see many parents literally beating out of their children, both verbally & physically.

Tell me, how many times have you told your child, “do this thing because I said so“?

How is a child raised in an environment where they are conditioned to blindly submit to authority ever supposed to demand accountability from their boss or government?

My friend and FoE brother Anthony Migliorino wrote a piece titled, “YOU ARE RAISING THE NEXT â€œNICE GUYâ€” and in it he states,

Forcing compliance through aggression builds toxic shame and models lower-order thinking that will trap the child into using lower-order thinking as an adult.  What are some ways fathers model negative behaviors? Yelling, use of punishment or threat, physically imposing postures or actions including spanking. Continually dismissing a childâ€™s needs either aggressively or passively sends the message that the childâ€™s needs are not important.  They will internalize this and may fail to develop their own sense of self-worth.

His angle is that by using aggression on a child and conditioning the child to exhibit behaviors designed to keep the parent happy and free from anger manifests itâ€™s way into other aspects of their life and relationships.

Ultimately, sons become “nice guys” who go from avoiding making their parents mad, to doing everything in their power to not upset their girlfriend or wife.

Daughters will learn to comply and adapt their personality to boyfriends and husbands to â€œkeep the peaceâ€ and lose their individual nature in the process.

These products of â€œbecause I said soâ€ parenting will bend over backwards for everyone until their spine snaps in order to please and avoid confrontation.

This blind obedience is transferred to every form of perceived authority and that is a tragedy we need to address as the fire of the American revolutionary spirit depends on us, the parents, to keep burning.

How to live a free life

How many of you reading this were told to:

Letâ€™s be real here, we were all told to be good little worker bees for a majority of our lives and maybe then weâ€™d get a kickback when weâ€™re in our prime old.

The message above in no uncertain terms implies that you are to place your trust in your overlords. They’ll be the ones who return the favor and “take care of you” once you’ve put in the hours they find necessary.

At no point was the message of free thinking and action pushed, why is that?

Because in the not too distant past, there was a perceived loyalty from the government and companies to the worker and vice versa.

That’s gone yet the pervasive mindset of, “Do as you’re told” remains…

It’s past time we stop raising adults who default to blind servitude.

Stop telling your children, “because I said so“: Instead take the time to tell them why they need to be doing what they’re doing.

Positional authority has a time and place; I was in the military for 8 years, I get it.

A leader knows when to empower those he leads to growing their wings and making their own decisions.

I understand that not all readers are American, but I am and that is all I know.

Many of the Freedoms the U.S. has given have been voluntarily abdicated by my fellow citizens and instead have renounced them to the “powers that be“.

Not just Americans but all human beings should be questioning the intent of those in control.

Why are they doing what they are doing?

Don’t continue to push the outdated model of parenting which you were brought up under. If you continue to do so, know that you’re doing a disservice to your children.