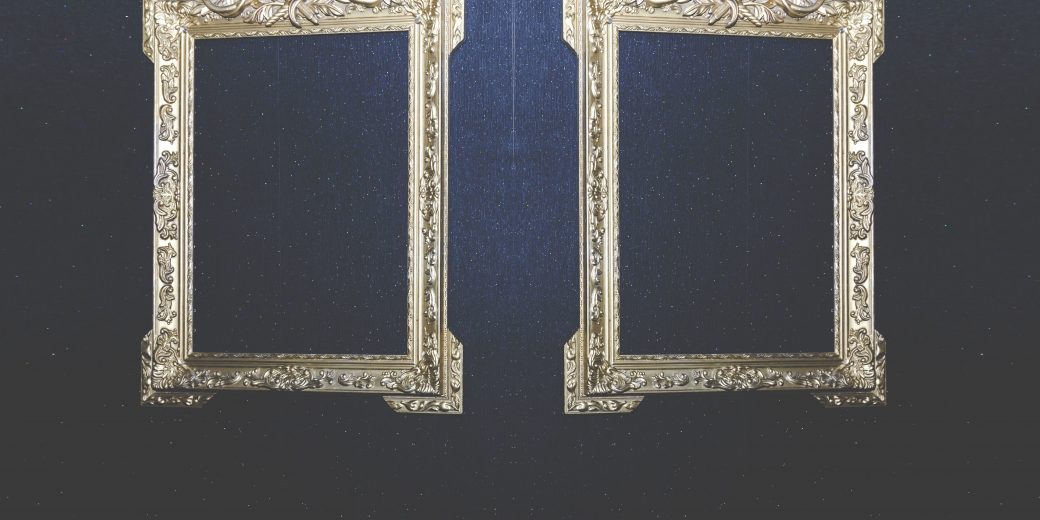 Marriage, A Game of Frames

I was introduced to the concept of “frame” early in my discovery of The Red Pill subreddit. I remember reading about the concept and thinking, “well duh, if you think like everyone else, you’ll be operating at the same standard as everyone else and who wants to be average?“

I have written thousands of comments, replies, messages, and tweets stating Frame is Reality, it’s literally everything. But, I’ve never written a formal piece on the topic, so this will be my well overdue piece on Frame in Marriage.

Later on in my readings on the ‘sphere I discover Rollo Tomassi’s writings atÂ The Rational Male and it was here that I saw another man giving this aspect to existence as much focus and intentional attention as myself.

That is not an exaggeration either, read his #1 Iron Rule:

“Frame is everything. Always be aware of the subconscious balance of whose frame in which you are operating. Always control the Frame, but resist giving the impression that you are.”

Let the fact settle in that a man who’s been labeled as TheÂ God-FatherÂ of The Red Pill decided that when penning his Iron Rules he chose frame as Rule #1, it’s that important.

When I say that frame is reality, I mean that in the literal sense. As Rollo states, this goes down to the subconscious of the human mind. It’s how you perceive the world, the lens from which you experience reality.

Man A is busy at work and his boss asks him for a favor. Instead of letting the boss know that he is busy, Man A says “Yes, I’ll take care of it.” This stresses him out, requires extra hours in the office, impacts his personal life, and when he delivers his boss shows no recognition. He is upset, left with a feeling of not being appreciated, and goes on to repeat this episode another day in the future, perpetuating cycle of being a “Yes man“.

Same scenario for Man B, except Man B says, “I’m pretty busy with my project, I won’t be able to pick up the extra work right now.” Boss says, “Ok, keep up the good work” and moves to the next person. Man B finishes his task at hand, heads home, and comes to work the next day with a smile on his face and a boss who thanks him for knocking out his original task.

Who do you think has the stronger frame?

The man who is not afraid to say no to his boss, at the risk of there being confrontation or the man who always says yes, always placing himself last?

The answer is obvious and this example is but one of an infinite number of everyday moments where frame is tested, established, and can be changed.

Your frame is the point of origin from which every decision will be made in every aspect of your life.

There isn’t an area in our lives where frame is not the determinant of outcome in regards to life and self-satisfaction. Frame is the most crucial factor of a man’s mental health. It’s the difference between having a winner’s mindset and that of a loser’s; it’s what gives you an air of abundance or living with a mindset of scarcity.

So where else can frame be clearly observed as being the difference between those who come out on top and those who continuously fail?

To name a few:

We’re focusing on the Sexual Relationships piece to frame. Everything up to this point was to prime you on the fact that your perspective on everything in life is dictated by the frame you’ve built.

The optimal marriage is achieved when your wife sees the vision you’ve created inside her own frame.

How does frame play into marriage?

When discussing the role frame plays in marriage, it is imperative you realize that your frame should be established and your selected woman should enter it without opposition. As a man looking to start a family (why else would you get married?) your frame should be impenetrable, nothing changes when you are courting your lady.

A quality woman will eagerly make herself whatever she has to be in order to gain favor and keep your eyes (and hands) on her.

As you are going through the dance of vetting, testing, and developing the roles of what is to potentially become husband and wife, you should not have to work to “break her in“. When you are completely confident in your frame and as previously stated by the first Iron Rule, this is occurring on the subconscious level. Your body and mind will act in complete accordance to your frame and the reality you’ve developed without you consciously thinking about it.

If you would never tolerate someone who was lazy, consumed with social media, or addicted to drama in your “sphere of relationships, friendships or anything else” then you would immediately remove a woman who exhibited these behaviors from any potential selection as anything more than a ONS without giving it a thought, it would happen as your brain made the decision based on your frame of reference.

Once this point is acknowledged and understood, it is clear to see that when the vetting process has reached an acceptable point, all factors have been considered, and the risk is assumed by you the man, only then can you move to the phase where you don’t entirely know where you’ll land when you jump.

No man knows what marriage is like until he is married, this is a simple fact which I feel is missed due to the staggering number of unmarried men telling me how marriage “should” be. If we are to acknowledge that every man walks his path alone and that men should be developing their own frame, then so too does it stand to reason that while marriages may be equivalent, they are not equal nor would the man and woman all be interchangeable with one another.

The frame established in marriage will be comprehensively unique to that man and woman and the history they have together.

When you transition from LTR to marriage, there will be another critical moment where you will once again have to define the previously adhered to rules of the roles.

Like any woman, your lady will test the waters and look to see where the boundaries of her new title (wife) can be found. I previously stated that frame is reality, this is again where you defend the boundaries and maintain the standard which you deem to be acceptable. While I did state that you were jumping without knowing where you’d land, I was intentionally exaggerating to make the point that life before marriage and after is different, for better or worse is going to be entirely decided by what you do when the boundaries are tested.

Are you going to be a man who relaxes once he “gets the girl“?

I most certainly hope not as you never “have her”, it’s just your turn. With this mindset you can keep a sense of self-imposed pressure on to keep you from getting complacent.

Your marriage can be one which all others are compared to and you can avoid the common tropes associated with the married man.

All of the negative aspects to marriage which are heavily promoted (and condoned) throughout society are the result of men with weak frames. It is absolutely true that by taking on a commitment to a woman for life you are taking on a risk which will forever alter the trajectory of your life. Whether it’s for the positive or negative, that comes down to you.

When you look at the frame of your marriage, do you see the picture you want or the one someone else has placed in there?

You decide the picture in that frame

The frame in which your marriage resides will be decided by you. If you allow your wife to become a slug who stays at home, contributing nothing to the relationship or family, it is due to your poor leadership. The warning signs are there, during vetting you can always see where a woman is headed.

If your wife gains weight, you’ve got to look in the mirror and recognize that you could have prevented her from becoming 50lbs overweight by saying something (as a leader of a family should) after the first 10.

Remember Man A? He is the guy who avoids confrontation.

Be Man B, maintain a standard by defending boundaries and having the difficult conversations. Being a leader doesn’t mean being a dick, you want to be a dominant man, not a domineering one.

In your marriage you are not allowing your wife to spend countless hours on her cell phone or tablet “scrolling”.

In your marriage your wife does not continue to have a “Girls Night Out” weekly.

In your marriage there is no scoreboard as you’re on the same team.

In your marriage books are read, the gym is part of your routine, and you develop as individuals as much as you do as a couple.

In your marriage your wife is complementary to your mission.

In your marriage, your children are held to a higher standard.

If and when you decide that you want children and that you want a marriage (whether it be contractual or private) you must accept that you are a player in a game where you are tested each and every day, to the grave.

The easy path is constantly promoted and rewarded. You’ve got to withstand the barrage of signs and support that is directly aimed at getting you to become a complacent (numb) man. You must remain steadfast in your commitment to the frame you create and the standard you’ve maintained prior to courting your woman.

Marriage changes nothing, the frame built prior to the ring being placed on her hand is the default operating mode that your girl will fall back to. Once married and once tested, how you respond will seal your fate.

Craig and I will be releasing a Podcast in the near future on how to “rebuild frame” and how you can transform yourself under the ever watchful eyes of your woman.

Remember, very simple things can derail a marriage and very little adjustments can save a marriage. You are the catalyst for both, as you are the one living in your frame or out of it; you are the cause and the problem to your relationship, you are also the solution.