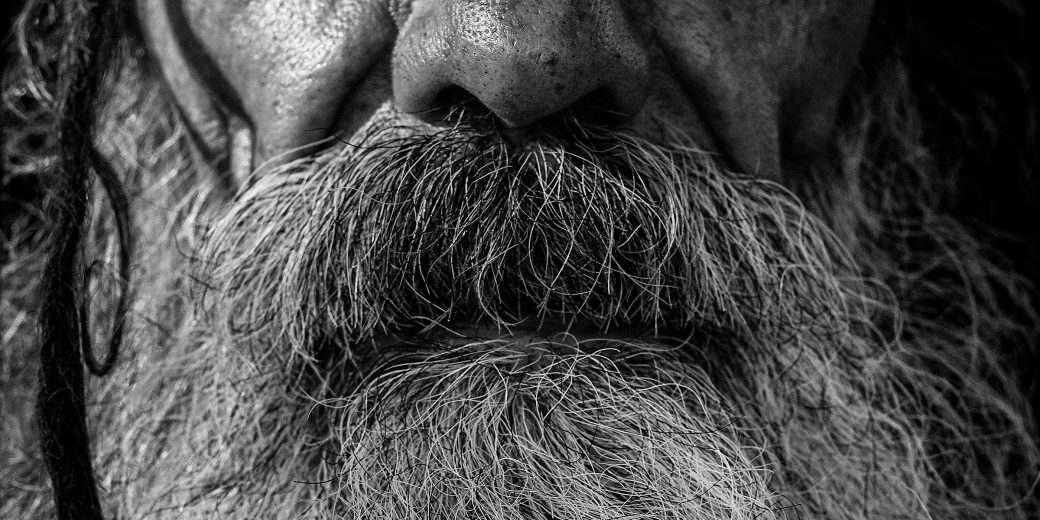 In the Eyes of a Homeless Man

When you look into the eyes, you can tell everything there is to know about a man.The family and I had an awesome dinner at Buffalo Wild Wings today. We saw my sister and her boyfriend, the kids were great, and the wife and I destroyed some chicken wings.

On the ride home we have to go through an intersection which always has a homeless dude standing there panhandling.

Usually I get the green light and I’ll shoot a cursory glance. Every once in a while I hit the red light, but it’s a double turn and I’m always on the lane away from him.

Today, as I was driving to that intersection, I decided to take the lane next to the guy. I did this mainly because my wife didn’t want to be next to him as he creeps her out, more than wanting to mess with my girl, I had a gut feeling, and I always trust my gut.

We hit the red light and were right next to the dude.

There was maybe 10′ between him and I; a windshield was all that separated our two worlds and for some reason, I was absorbed into that moment.

I didn’t just sit and stare at him like a weirdo. I tactically observed him, looking at him without looking at him,Â but then it happened, we locked eyes and that brief moment felt like an eternity.

They say that the eyes are the windows of the soul

I saw into this man’s soul and I know he saw into mine.

Few know how revealing the eyes are. They’re one of the primary outlets of our vibrations. You can feel when someone is looking at you, you justÂ sense it. I was looking at this man and knew his eyes would tell me if he was a scammer looking to swindle money for booze or if he was genuinely someone who had nowhere else to go and was relying on generosity to make it another day.

I pick up on small, almost invisible nuances of body language, tone, rate of speech, inflection, and most importantly todayÂ eye language. I can tell what motivates an individual and what scares them in a single conversation. I can find out who I need to be to get what I want without them saying a word.

On more than one occasion I’ve been asked if I was psychic asÂ I unintentionally showed my hand and revealed what I knew about the person without them telling me.

I expected the same when looking at this man; but what happened was entirely unexpected and it had a great impact on me, I’m still recovering from it. I’m still tossing it around in my head, this should be obvious as I felt IÂ hadÂ to write it out here.

When we locked eyes, it’s like we traded energies for a brief moment in time, or we fused and our vibrations aligned.

I could see his crystal blue eyes, his weather hardened skin with dirt in the wrinkles around his eyes, the wrinkles that didn’t form from laughing but rather from being unprotected from the sun and elements.

Why am I in a Jeep Wrangler, driving my nuclear family to my nice air conditioned home while this man is standing out in the cold where he’ll sleep with all of his possessions in a shopping cart he stole from Walmart?

My wife told me that the light was green; I drove off, lost in my mind.

We all need to appreciate what we’ve got and where we’re at in life. We also need to recognize that the only reason we’re writing and reading on the internet while others are fighting for a blanket or food is because of a few decisions and chances falling in our favor; maybe just one event went our way and it saved us from a life of pitiful suffering.

Whoâ€™s to say that North Korea doesn’t Nuke us tomorrow? Who’s to say that an ANTIFA riot doesn’t break out in your town tonight? Who knows if the next chance you take is one too many and you end up losing all that you gambled?

One of these days, your light is going to go out. Make sure you appreciated its radiance while you had the chance.

Immerse in the now, Hang the Polaroids while you can, because you’re never guaranteed another opportunity to create one.

Enjoy your warm showers, soak in the smiles of your children, the laughter of your wife, and the presence of your dog.

None of these are guaranteed,Â immerse in those momentsÂ while you can and remember that life is nothing more than a string with these memories attached to it.

It was in the eyes of a homeless man that I found myself entirely in the now.

If this piece has improved your life and you’d like to show support you can do so by donating to my PayPal; thank you in advance.