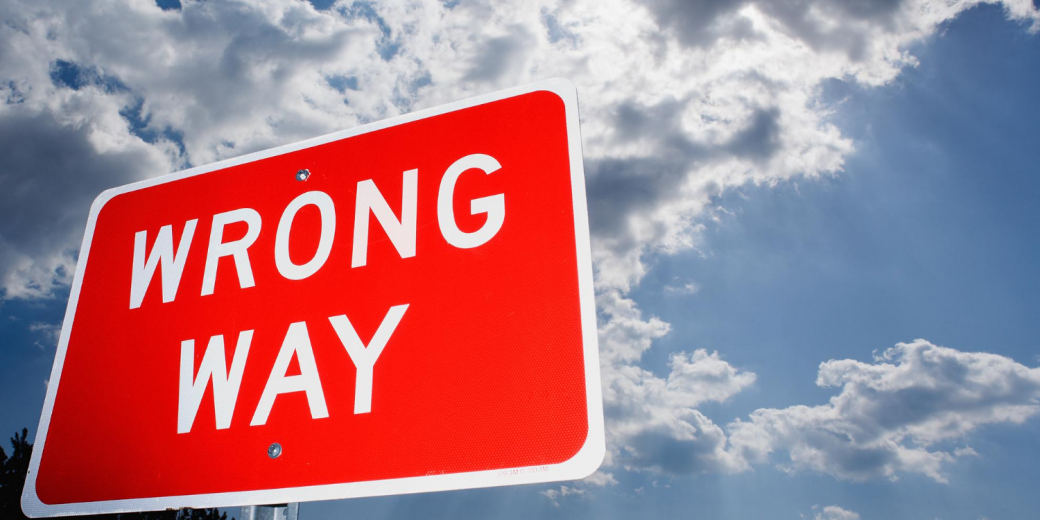 How To Admit When You’re Wrong

I recently had two men who, unbeknownst to each-other, highlighted a mistake I’d made with regards to leaving TFA within 24 hours of each-other.

The reason I’m back to writing on this blog after a brief hiatus at another one I’d created is because of Ed Latimore my boxer, meets physicist, meets Social Media Guru & Influencer friend as well as Ken Peterson, an FoE man, leader on what it means to live a life of integrity, and up and coming resource in the self-help and deep inner-work field (follow both to upgrade your social media time).

Both of these men let me know I was wrong and from there, I had a choice:

How to admit you are wrong.

Admitting you’re wrong is no easy task, especially when your ego is still at the steering wheel of your life.

If admitting you’re wrong somehow equates to you viewing yourself to be less of a person or somehow “bad“, yeah, it’s going to be hard.

Fortunately, in my pursuit of sharing the most authentic of messages, I’ve reached the point where admitting defeats is almost as easy as sharing victories;

aka I’m open to changing my mind.

This isn’t an easy task in the beginning, but it’s something which gets easier the more you do it and an attribute which will serve you well, especially if you’re looking to grow at the most efficient speed possible.

So, how do you get to the point where you can admit you’re wrong?

You start looking at the intentions of those confronting you as well as stop thinking that your way is the only way.

How to trust other people?

Often times there’s a perception of others trying to “bring you down” whenever they challenge any of your positions. It’s as though anyone who says you may be incorrect in your direction is either uninformed or worse, intentionally obtuse and sabotaging your efforts.

There’s definitely some truth to that, as I’ve shared many time before, “People want you to do well, just never better than themselves“.

You have to look at the intentions of those offering you critique.

If (as was my case) two men who are successful in their life and ventures are telling you, “Hey man, maybe there’s an easier way to do what you’re doing, like not running from your success on The Family Alpha” well, take notice and look a little deeper.

These men weren’t trying to bring me down, they’re highlighting a potential misstep because they wanted me to do well and their experience and success has proven they know what they’re talking about.

You have to evaluate where your critics are coming from.

Sometimes tough love is necessary and often times it’s being told something deep down you know, yet still don’t want to hear:

Because they’re right, it doesn’t make the embarrassment sting any less.

Is the goal to improve or be “right”?

How do you get over the embarrassment of being wrong and having to publicly admit that?

You keep yourself focused on two things:

1: Nobody is perfect and admitting your mistake takes more cojones than doubling down your efforts on the wrong endeavor to “prove you’re right“.

2: The goal isn’t to always be correct, the goal is to live the best life; with that in mind, a little embarrassment now is worth the success later.

I didn’t want to bring TFA back, I wanted my new venture to be as immediately successful and as easy a transition as I’d imagined; it 100% wasn’t and I had to publicly admit, I’m coming back to the blog I said I was shutting down.

Is it worth losing more time and more money on a project after you were told it wasn’t going to work out?

Once your mistake is highlighted, you need to immediately re-assess and pivot if necessary.

My conversation with Ken happened yesterday afternoon, I’ve now written two blog posts since then, doubling the production in two months at the other blog.

There’s no time to cry over your miscalculated action, there is only time to act and move forward, gaining lost ground.

It’ll be embarrassing, but life isn’t about avoiding uncomfortable situations, it’s about being able to handle them and push through them to once again find yourself riding high and closing in on the goals you’ve set.

Don’t worry about admitting when you’re wrong, worry about not being able to when you know others are right.