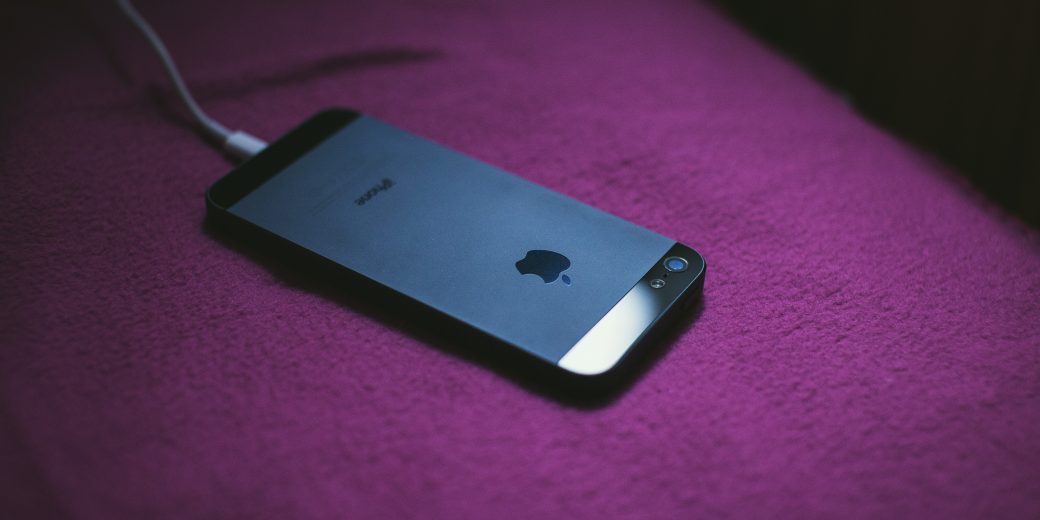 Have you ever been in the situation where your phone is out on a table or in the open at a party?

If not, I feel a little bad for you because the intimacy developed from those little gestures makes that panic attack well worth it. In fact, you enjoy that quick rush of getting to the phone and reading or seeing what she sent. Itâ€™s like youâ€™re surrounded by people yet you & your lady are alone and able to share a moment.

Gentlemen, thatâ€™s what marriage is all about.

Itâ€™s about the bond between you and that woman, itâ€™s about the feeling you both get in each otherâ€™s presence. Itâ€™s the way your heart pounds when you embrace and how you lock her down with a hard kiss taking her breath away and refusing to let her know that she took yours away too.

When you can get a drop of that drug through a text or photo, youâ€™ll be able to do things and share moments that you never could before.

Before I get too deep into this, I want to clarify that while Iâ€™m not “anti-marriage” I also donâ€™t promote it; let this be your warningÂ donâ€™t get marriedÂ it’s more work than you’re capable of handling.

Iâ€™m already married with two kids and there are a lot of other masculine men who are married. When I say thatâ€™s what marriage is all about Iâ€™m talking to the guys who are already in that club. If you arenâ€™t, stay out unless you are fully aware of all consequences and plan to have children with the women whom I hope you’ve already seriously vetted.

Now, you can apply this to long term relationships and for those who are already married and have been operating the marriage with the masculine and feminine roles clearly defined, you probably know exactly what I mean when I say, “the sexual tension and desire you have for your girl can remain as strong as when you first met, if you work to keep that fire alive“.

Marriage takes work, for guys whose default is a masculine one itâ€™s a little easier. But, keeping a woman interested and on her toes after 5, 10, 20 years? It takes concerted effort and with that said, you arenâ€™t afraid of a little work are you?

I was born in 1987; because of this timing Iâ€™ve experienced no cell phones as well as wicked smart phones. I was able to both appreciate the outdoors and having to come inside when the streetlights came on while as well as being pretty proficient with Microsoft Excel, the internet, and technology as a whole.

My generation didnâ€™t have an obesity epidemic even though we did have the original Gameboy because my parents kicked us outside. There was no PC parenting (Fuck PC Parenting) going on and I was brought up understanding that boys and girls were different and that was ok.

I told you all of this to highlight the fact that my wife didnâ€™t take a selfie until she was in her 20â€™s. She didnâ€™t send a nude until 25(ish) and that was after some serious game and cunning on my part.

Now, for the past 2 years I have not been able to let others use my phone because I never know when her tits are going to appear or her sweet onion booty will grace my screen. I donâ€™t have to ask for these she wants me to see her, she teases me with her body and I reciprocate.

I’ve actually had to turn off the “preview message” on the home screen for this reason.

Too many marriages consist of this boring routine of:

This is completely unsatisfactory.

Marriage should be amazing and full of joy, sex, and life satisfaction. You should be sending each other photos from time to time. They donâ€™t have to be nudes, but a nice picture that simply shows some effort and more importantly it relays the message that you have the other person on your mind and you want them to have you on their mind.

The goal is a marriage where you canâ€™t open messages from your spouse in front of others.

The way to achieve this is through flirting, laying game, making masculine moves (See: Masculine moves) and teasing your girl like sheâ€™s the chick you had a crush on when you were a boy on the playground. Pull her hair, slap her butt, play pranks from time to time and do it in a masculine male manner.

Some guys try this and they come across as these immature annoying pervs; work on your tact and develop a suave nature about your pranks. Also, include sexual innuendo if you canÂ keep it light as you should be enjoying this (Don’t forget to enjoy the ride)

Not everything is a serious and intense battle of the sexes, sometimes you just need to step back, get out of your head, and have a fun time.

Send your wife a pic of your fully erect cock the next time sheâ€™s out and say something along the lines of, â€œI was just thinking of you in your little black dress and now Iâ€™ve got to deal with this, whatâ€™s a man to do??â€

Obviously cater the message to your girl, but you get my point.

You should be having fun and in turn it will allow her to take the battle armor off and have a good time as well. While writing this post I received a photo of my wifeâ€™s ass, she took the pic in aÂ ladies room stall & told me thereâ€™s room for two and that she thought I could use some ass while she was in class (sheâ€™s a poet and didnâ€™t even know it.Â I digressâ€¦)

The photo showed me that sheâ€™s thinking of me and the thought of her having me on her mind had me smiling from ear to ear.

These moments also openÂ the door up to so many approaches it isnâ€™t even funny.

When she gets home I can tell her itâ€™s time for a class on how to handle ass or I can say show me that beautiful booty as flesh is way better than pixels. You get the point, the photo is nothing more than a head nod, letting me know, sheâ€™s got me on her mind or that she wants some validation of her body. Either way, she is comfortable sending me the photos.

This leads into the responsibility you have as her man.

If she shares nudes with you, they are for youÂ not you and your boys. If you violate that trust she may never share them again. If it was a genuine accident, sheâ€™ll act shy but she will be proud of her body and sheâ€™ll know it turned other guys on which again, while embarrassing, itâ€™s a part of the risk and provides a rush. You may be put in â€˜sexy photo timeoutâ€™ for a while, but sheâ€™ll come around.

If you are the type of dude who wants to share his wifeâ€™s body, youâ€™re a cuck. She is your woman and yours alone, donâ€™t embarrass her or sacrifice the trust between the two of you just to gain points with your bros, it isnâ€™t worth it.

Fuck others, haters will always hate you do you as this is about you & your woman

Getting your marriage to the point where your phones have to be locked with screens facing down when in front of others. This is anotherÂ sign of a healthy marriage. There will be people who would never do it out of privacy concerns with the fact that â€˜big governmentâ€™ is always watching.

In my marriage, we just say fuck it.

Itâ€™s led to some great laughs and awesome sexual conquests, see if it works for you.